It all started how most relationships start nowadays, a friend request, a few comments, and then that connection where the two of you just can’t stop talking to one another. She had me immersed by her charm, her beauty, but it’s what showed in her soul that captivated me the most. That knowing of the same tell-tale heart of being broken by loves madness and having survived the ordeal. To me she was everything, living, breathing, listening, that I wanted in a woman.

She had driven miles and several states away to see if another man had loved her like he had said, but found empty promises, much like a DJ, who doesn’t have a band, he didn’t have that heart of the man she was looking for, that substance like a singer and song backed up with instruments, alive and live can entail. She had been mistaken for what was love and for whatever reason, suddenly called me through a messenger app and asked me for my number, she exclaimed she needed to hear my voice, more so than just to read my words. She was driving nine hours straight back to her home. All I could do was listen to her voice over the air, her tones in her voice struck accords in my ears, and into my heart her voice was impaled. When someone resonates with your soul, nothing else matters, the world falls away, and I was hers in those hours as she was speaking in her words from being stupid, having distain, having the pain and fool hearty outlook on love with this guy. I told her a few of my own stories, love lost, misguided, and unreturned and that I too knew of the burn.

She was happy and sustained with my words until I uttered that she and I were both wrong. I told her how life and love are indeed intertwined, that for the recipe to be right, all the ingredients had to be there. She asked if I cooked. I said it is one of the many passions I hold in this life. I asked her if she was a soup and salad kind of girl or a well the steak ate my salad kind of girl. She said she was vegan. And commented that she hardly hears a guy call things passionate. I replied, the right ingredients remember! We laughed at each other’s mannerisms, which caught me off guard, because I was a guarded man, but here, with her I was openly flirting. She had just threw herself at a man, uh huh, boy, what was I thinking? I wasn’t, I was once again just feeling. And I knew just like me, through the phone she was smiling. She commented she adores soups the most and was very creative in making them from scratch, and I too was the same tinkering chef as she claimed to be. So I said maybe together we could make soup for two sometime. Which for me was a wish spoken outload and she responded that would indeed be cool to do.

She had said she was planning on stopping at a city not far from me on her return home, so I offered to meet up with her for dinner. But alas, her phone had died and we didn’t get that most sought out meeting that night. I fell asleep wondering what might have happened, on my loveseat of all places with a crooked neck and back spraining, to only be awoken to text after text chiming in. Apologies and affirmations aside, it was her loving and caring way of saying sorry that made everything okay. So I asked if she made it home yet and she said nope, not yet. She had stopped in at her mother’s place three hours away from me, which she asked me if I had plans for the weekend and I replied depends on you, are you up for dinner and dancing and just hanging out? I heard her lips smack with a smile as she replied that she was going to suggest the same. I received the address and looked around the area for a hotel, waterfront was what I loved, and from our talks she was of the same mindset, there’s something romantic about water that just calls to me.

Friday arrived and I anxiously awaited to leave towards her direction. Why is it when you really want to go somewhere, everything and anything seems to slow you down. Yet I smiled, because this woman without a touch, without an eye to eye embrace, had connected inside me so deep that passion was no longer a word, it was now my purpose. I drove as she texted me, pictures of outfits, makeup, and her parent’s dog’s, we chatted about the night to come, she knew the area and wanted me to follow her lead, but I too like to lead even if in an unknown place. I am, after all, in my own words, a man of taste.

Plans changed, now I had to meet her mother before heading out on the town with her. Her mother was a police dispatcher, aka a cop, period. Which most men would have fled, but no, not me. I know who I am as a person, I understand and know what it is to be human. Because I accept my humanism, I am free of the fear most have in their own lives. So I went forth and met her mother, great conversation all around between us three, like friends just being. After about an hour of stories and opinions shared we headed out to find a place to dance.

Of course every place was crowded and loud, and we went from place to place having a drink or two until I said that we really need to go dance someplace nice, preferably by the water. She said she knew where we should go. I had been the perfect gentleman that I was raised and praised to be. I walked traffic side, I opened and shut any and all doors she didn’t beat me to, laughing because she saw that it kind of got me when she would, mainly the door of the car. Then we came to the stoplight a few blocks from our destination, she leans over and says I just have to know already, and I met her halfway to a kiss that would wound any mortal. She felt what I felt, because the world fell away in that instance, we were each other’s heartbeats, each other’s breath, nothing else existed but us in that kiss. Neither of us pulling back or stopping until all the honking began behind us, and I drove the few blocks and pulled in.

Once inside we both got drinks and picked out a table overlooking the lake. We people watched together, funny thing was, we weren’t judgmental, and we actually picked out the positives in people, until that one drunk guy who really couldn’t dance, then the roasting began. We laughed so much and fell once again into each other’s kiss. I pulled her hand as I stood up and asked her to dance, and man did we dance. Like our motions were meant to just exist beside each other, compliments to each other, enhanced even each other.

I knew I was already in love, mere moments between us, barely touched and I was in love. Yes me, a guy who was once so badly burned became cruel and turned away from the world because I had lost a connection that was my world. And yet here it was all for me again to accept, to seek, to pursue in all my many ways. To unbridle the passions I had kept pent up for so long, in my hobbies of painting, writing, and living. I didn’t ask could she be, I knew she was, without any doubts, without any regrets, without any reservations, the lady of my wildest dreams made into reality.

The night went on, we danced, we made out, and we controlled our reckless abandonment in such a way to say we had class. Time was up, last call had come and gone, the house lights were up and I escorted her back to my car, making out all the way and even when trying to open her door, I was blocked by blissful kiss after kiss. Once inside the car, she said she didn’t want this night to end, neither did I. So I said to her that she could come stay at the hotel with me, I had no intentions but of just being in her company. Looking back now, that must have melted her.

We stopped off and grabbed drinks on the way to the hotel. Neither one of us was remotely nervous, or anxious, it was a calm togetherness. We walked hand in hand from the parking garage to the elevator passing people on the way. Once alone in the elevator the kissing began again, and again into the hallway, and again entering the room. I knew the gentleman in me would come through, I offered her some of my shorts and a shirt to sleep in and she went into the bathroom to change as did I in the room. She came out and jumped under the covers. I turned off the lights, we talked about life, the synchronicity of us. And then there in that hotel bed, the passion that was already ignited exploded into immense satisfaction time after time, again and again, we couldn’t get enough of each another.

Well you couldn’t call it day break, but the time we did awake was just in time to catch a late lunch. I offered another shirt of mine to wear and she put it on, damn she could wear anything and have me mesmerized.

One thought on ““Soup For Two” Chapter One”

This is a text widget, which allows you to add text or HTML to your sidebar. You can use them to display text, links, images, HTML, or a combination of these. Edit them in the Widget section of the Customizer. 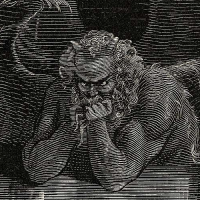 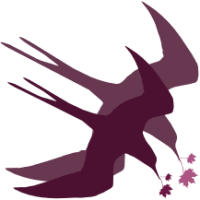 WELCOME TO MY METAPHORS

The Book of Hangman

The Writings of an Aspiring Cadaver

Musings and books from a grunty overthinker

Tales of humour, whimsy and courgettes

Eyes + Words
Wonder Of My Worlds

A daily selection of the best content published on WordPress, collected for you by humans who love to read.

Be the Beauty you want to see in the world

The Art and Craft of Blogging

The latest news on WordPress.com and the WordPress community.

WELCOME TO MY METAPHORS

The Book of Hangman

The Writings of an Aspiring Cadaver

Musings and books from a grunty overthinker

Tales of humour, whimsy and courgettes

Eyes + Words
Wonder Of My Worlds

A daily selection of the best content published on WordPress, collected for you by humans who love to read.

Be the Beauty you want to see in the world

The Art and Craft of Blogging

The latest news on WordPress.com and the WordPress community.